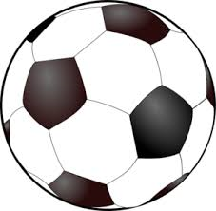 We are thrilled to be given the opportunity to run an adult, men’s 11 a side Sunday League football team from the Roman Park, Credenhill. We were formed in 2005 as Burghill Rangers FC by Will Cheshire and Will Jones, after much success, Sunday League B Champions 2016 / 2017, Addison Cup Winners 2010 (vs Hereford City at Edgar Street, Hereford on penalties) and two runners up in North Sunday League. We decided to move to Credenhill. Most of the team came with me and we have added several quality local lads to strengthen the squad.
So far this season we have won one (11-0 vs Whitecross) drawn one (5-5 vrs Hereford City Harriers) and lost two very close matches 2-1 and 4-3 against FC Cosmos and The Lion Leominster.

Please come along and support your local Sunday football

There are no comments yet

This site uses Akismet to reduce spam. Learn how your comment data is processed.