Most people will have passed the large lump of insignificant looking stone-now next to the new Give Way sign at the top of Station Road, without giving it a second glance.

Actually it is an ancient Way Marker stone, which predates the Roman era, way back to the Neolithic age before 4000 BC to 2000BC, one of only four in the county, so it deserves a bit of respect as the oldest known artifact in Credenhill.

The Romans did make use of it, exactly in the position it is in now, as, not only did it mark the Roman crossroads here but it was still useful for travellers to be able to locate the Credenhill fortified camp, and it contributed towards building a network of communications for defence purposes in the area.

All forms of ancient sighting points, such as tumps (mounds or hillocks) and stones were important to early travellers before Roman roads were built, and of course were also utilized by following Christian communities as well.

Practically all ancient Medieval churches are on the sight of tumps or stones, usually at a cross of tracks like the Roman cross roads at Credenhill, and there is evidence in some cases that church yard crosses were built on the exact spot of ancient marker stones. The church at Credenhill is only a few hundred yards from our marker stone.

Early British roads in pre Roman times were vital trading routes for salt, flint and metals, and where possible were marked out in straight lines, joining the shortest way between two points, and marked out on a sight line between two points to help travellers navigate as they went along. The sighting lines are called Leylines, and there was a web of leylines crisscrossing ancient Britain.

Obviously hills or mountains were used as markers for the routes because they were easy to spot, but where there was a significant gap, a marker stone was laid to ‘join the dots’, or the markers were constructed of earth, water or trees. (It is thought that Eardisley Oak could be a ley line marker, and here are still tall trees along old salt routes today).

Earth sightings were tumuli, mounds or barrows, as at Arthur’s Seat and more spectacularly at British Camp on the Malvern Hills.

You can check out more local details at the Hereford Record Centre at Rotherwas, and the information here is from the Woolhope naturalist Club Transactions of 1868 and for further reading, around the end of the 19th Century, local historian Alfred Watkins wrote Early British Trackways, moats, mounds, camps and sites’. Or you could just Google Ley lines, only watch out you can easily get hooked! 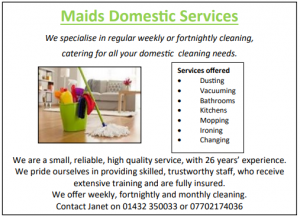