Served on local government during the last twenty years at all levels.
Served on fire and police authorities.
Have led Independent group for a number of years.

The ward councillor’s role and responsibilities include: 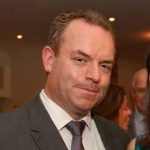 The clerk is the council’s principal executive and adviser and is the officer responsible for the administration of its financial affairs. Lee is the parish council’s only employee. The clerk has a key role in advising the council, and its members, on governance, ethical and procedural matters.